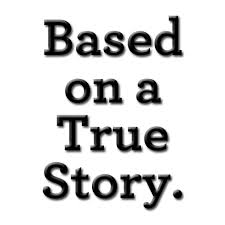 #Truestory: Remember the Columbine mass shooting? I’m going to tell you something really stupid about what I heard and they looked right at me (speaking to me). While on the track at DeLand High school (1999), I was doing my stretches getting ready for the track. These two other kids we’re already on the track… they were talking about the shooting as it was big on the news and everywhere. As they walked by, they pointed at me and the taller kid said: “someone could shoot this person and not a single soul would care if he was dead.” I’m thinking to myself, wow what kind of stupid moron gave this kid a brain, no wait, what kind of moron gave this kid a heart??? I just stood there, and of course, I talked inside my head about what kind of person he would be keeping my mouth shut. How could this kid know all of a sudden that no one would care?? How could this kid know my future?? Why would this kid say such a thing??

Because he obviously had no remorse for anyone but himself, his mommy and daddy didn’t teach him anything and if they did they aren’t very good teachers.

Of course, the day after that some idiot called in a bomb threat and we were all evacuated to that same track field… That was also the day of the great student walkout as students totally flattened the fence heading out to Hill Ave.

I never told that true story above until now, as a freshman in high school you can bet just how that made me feel. Of course, I have never shown my feelings about what that kid said because it was the stupidest thing I have ever heard in my life. I mean, what kind of person would say such a thing.

And so my whole life people have always assumed me to be something that I am not, or assume me to be a bad person. I’ve always thought, is this the way I look??? Why would people assume I am a bad person? I would say to myself. Must be the way I look??? Maybe because I have never fought anyone?? because I don’t speak?? No, it is not because of any of those reasons… but mostly has to do with the way people were raised or the things they hear, and the money they were grown into.

Let’s this be of fact to you all, I don’t bother anyone so don’t bother me with your thought process. I do care very deeply for my fellow humans and sometimes I have to stop myself, meditate, and think who are these people… I can deal with conflicts easy but even when people get me involved with their thoughts, I simply refuse to participate. No thank you, sir or ma’am… (that’s my higher self saying the most sincere language)… People say and do the stupidest things!! SO PLEASE STOP INCLUDING ME IN YOUR THOUGHT PROCESS… UNLESS THAT THOUGHT PROCESS IS GOING TO BE POSITIVE WITH LOVE AND LIGHT, I’M DOWN…

I will tell you another story as to why I stopped riding the school bus my freshman year and began to ride my bike, and why I was so early too… but that I will save for another time.